Watching your favorite puppy sleeping in the middle of the day or at night can be extremely heartwarming. For many dog owners, periods like that can be one of their favorite times with beloved pooches.

However, many first-time owners become alarmed upon noticing that the little guy’s eyes are open even while he’s snoring. This can be a confusing period because we’re not used to seeing fellow humans snoring with their eyes open at the same time.

Why do dogs sleep with their eyes open? Dogs sleep with the eyes open either when they’re dreaming or as a defense mechanism to keep them reasonably alert should anything untoward happen that requires a quick movement.

Thus, if your pup is sleeping peacefully without showing any signs of distress then the fact that the eyes may be kept open should not be a cause for alarm. It can come in handy even in certain situations.

How Many Eyes Do Dogs Keep Open During Sleep?

There’s no definite answer to this question as it depends on the dog in question as well as the prevailing conditions in its environment.

Some pooches sleep with only one eye open while the second one stays closed. Other dogs may open both eyes in the middle of a shuteye without any problems.

Thus, there’s no point stressing over whether your dog only opens an eye or both.

Reasons Why Dogs Sleep With Their Eyes Open

There could be many underlying reasons behind the phenomenon of dogs snoozing with the eyes open. Shall we take a look at a few of these explanations?

Dogs are dreamy animals and just like humans, dreams can be a significant part of their lives especially when they’re able to hit the deep stage of sleep known as REM.

A dreaming dog may exhibit signs such as a partial opening of the eyes regularly even as he twitches and shows other symptoms of severe relaxation.

Well-treated dogs that are healthy and live in comfortable surroundings dream regularly. Hence, it is time to get used to the little guy dreaming several times during the day and keeping the eyes open in the process.

2. Keep an Eye Out for Prey

There are 90 million pet dogs in the United States alone and with millions of people around the world living with these adorable pets, it is easy to forget that dogs were successfully domesticated and formerly wild animals.

Dogs in the wild lived on hunting and using prey as food resulting in the development of natural predatory instincts that enabled them to thrive. Sleeping with the eyes open is a natural trait that has been passed down from the earliest generations of pooches.

This trait enabled dogs to keep their eyes on prey animals that were in proximity. They also used this powerful predatory instinct to lure prey into coming closer under the pretext of being asleep.

3. Keep An Eye Out for Predators As much as dogs had to keep their eyes open while napping to monitor prey, that extraordinary ability also came in handy as a defense mechanism against bigger animals. Lions, bears, and tigers are a few examples of beasts that would readily feast on dogs due to their larger and stronger frames as well as superior developed teeth.

To protect themselves from being vulnerable to predatory attacks during sleep, dogs developed the art of keeping one or both eyes open. This allowed them to spot predators from afar to gain a fair chance of running for their lives when necessary.

Have you noticed that intruders avoid homes with active dogs as much as possible? This is because these pets are usually the first to spot invaders in and around their homes.

Sure, dogs may have been domesticated for centuries but the art of keeping the eyes open while hitting the hay can be critical for humans.

Whether you live in a crime-ridden city where home robberies are common or have been marked as a target of a physical attack or even murder, a dog’s ability to sleep without completely closing the eyes can be lifesaving for the owner.

The spooked dog may start barking loudly to scare the intruder away or at least buy you some time to call the police or reach for a self-defense weapon.

Sure, the sight of a dog seemingly enjoying Dreamland with the eyes open should ordinarily not be a cause for concern. However, if the little guy is showing abnormal signs that seem to be interfering with its comfort then you need to pay more attention.

Here are a few situations to arouse concerns when a puppy’s eyes are open during sleep.

If the pooch’s eyes are watery during a short or long nap, dismissing it quickly as a normal sign could be a mistake. Like humans, dogs can suffer allergies from a range of sources and this can lead to the eyes becoming wet.

Apart from the watery eyes, you may notice diarrhea, dry skin, and other signs of sickness. The dog may also continuously lick its rear end or show signs of itching by licking one part of the body or the other.

The next logical step is to get in touch with your Vet for an allergy test to be conducted on the little guy. Foods such as eggs, dairy, wheat, pork, and lamb can trigger allergies in dogs. Additionally, dust mites, pollen, and strong scents from perfumes, air fresheners, and other household items are also common causes of allergies.

Is your pooch’s body looking extremely rigid while lying down? This could be a cause for concern especially if the eyes are wide open and your furry friend is showing no signs of twitching or movements.

The little guy may be suffering a seizure especially if you also notice screams followed by consistent howling or drooling while sleeping. Some dogs may also lose the ability to control their bowel movements whenever they experience the condition.

The first step to dealing with a dog suffering a seizure is to remain calm in the face of the storm. Avoid putting your hands in the mouth as that can lead to an accidental bite. Instead, try to pet the dog gently to provide comfort as seizures typically last no more than 3 minutes.

Also, try to place the dog in a clear open space with no chance of bumping its head into anything that can cause serious injuries such as furniture, stairs, and doors. Record how long the seizure lasts and take note of any behaviors exhibited.

Once the episode is over, take the pooch to the nearest pet clinic for further tests to be run. Be sure to supply as much information as possible to help point the Vet in the right direction for your dog’s diagnosis.

OK, so your dog may be nodding off with the eyes open but displaying zero signs of illness or discomfort. The dog may also be eating properly and showing no signs of distress which is a great thing. But how do you provide more comfort for the pooch as a committed owner? 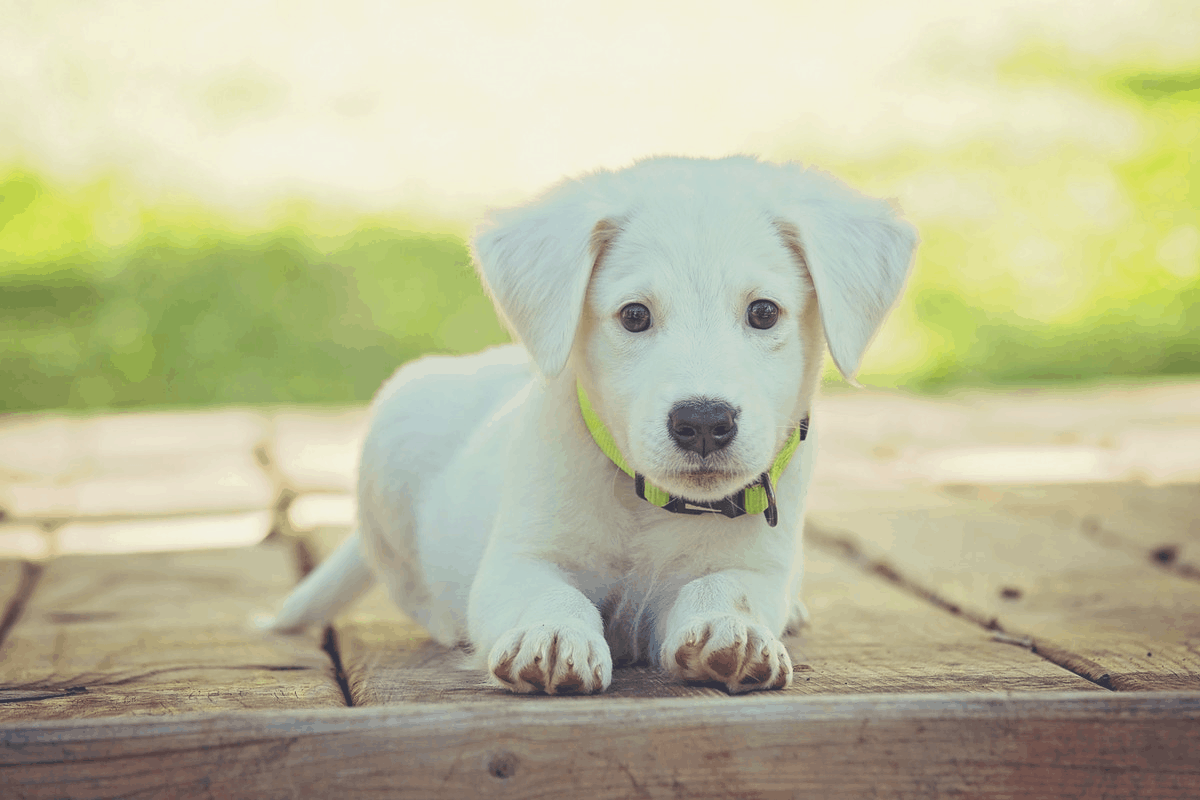 The majority of dogs do not fare too well when forced to spend extended periods in the glaring sun. Leaving the pooch’s kennel in the open can be catastrophic in areas that experience the sun year-round.

It can expose your beloved dog to the risk of suffering a heat stroke – a condition that inhibits the ability to self-regulate its body temperature. Heat strokes may be characterized by signs such as losing consciousness and serious fevers.

Providing shade for napping dogs during the day can come in handy. This is especially true during the summer when daytime temperatures can hover around the 70s and 80s.

At nights, make sure the dog sleeps in a well-ventilated room with temperatures similar to your bedroom. Sharing a room can even be a better idea as you get to monitor your furry friend for prompt resolution of any issues that may pop up.

A dog’s diet can make or break its sleeping abilities. While some diets are notorious for spiking anxiety levels due to the presence of large quantities of processed sugars and other carbohydrates, others may contain only limited carbs.

even when they’re supposed to be asleep. This can mess up their sleep routines and cause an unnerving nighttime disturbance.

Giving your pooch a low-carb, high-protein diet can be the key to guaranteed napping day and night. These foods are available in supermarkets and pet supply stores so be sure to look out for them.

Also, keep in mind that your dog should never go to bed

on an empty stomach under any circumstances because the hunger pangs can keep it awake all night long.

from Amazon. It offers a superb taste for the pooch while building and maintaining lean muscle mass.

Herbs such as Chamomile tea, Valerian root, and Lavender are renowned for their sleep-inducing properties in humans. But did you know that these plants can also help dogs overcome signs of insomnia?

That’s right! While you cannot exactly brew a cup of Valerian or chamomile tea for the dog, dipping treats in these herbal teas can improve the dog’s sleeping abilities significantly. Adequate hydration can be an essential ingredient to a good night’s sleep for dogs. A thirsty puppy may struggle to get some shuteye whether day or night.

At night, make sure your pooch gets just enough water in the water bowl to stay hydrated without over-filling its bladder.  After all, a full bladder at night can rob any dog of a good night’s rest due to anxiety from the consistent urge to pee.

5. Seek a Vet Immediately After Signs of Distress

Taking your pet to the clinic should not be seen as a last resort after it begins showing signs of distress or illness. This is especially true when an otherwise cheerful puppy has become moody all of a sudden and curls up in its shell.

per day. Any sleeping difficulties can be a sign of illness or a complicated medical condition. Dogs who show additional symptoms such as foaming in the mouth, diarrhea, restlessness, and continuous howling during sleep may require urgent veterinary care.

Dogs sleep with their eyes open as a defense mechanism against predatory attacks and intrusions. It is a normal trait that has been passed down over centuries from the earliest generations of the pets in the wild to the current domesticated ones.

As long as your pet is sleeping peacefully, making its regular twitching movements, and not showing signs of pain or discomfort, there’s nothing to worry about.

However, if your dog’s eyes are wide open and it is showing actions such as consistent itching, howling, or staying still, it may be a sign of a seizure. Speaking to your vet immediately can be crucial.

link to Can Bed Bugs Live In Cars?

The idea of finding bed bugs in your car may seem far fetched but if you’ve discovered these annoying creatures in the home then chances are they could have infested your ride too. Remember, these...

Continue Reading
link to Why Do Cats Sleep At The Foot Of The Bed?

It can be confusing as a feline parent to notice that your cat prefers to sleep at the foot of the bed of all places. Whether you own a full-sized bed or a bigger model such as a Queen or King,...

My name’s Chuck and I’m a Sleeperholic! Leading a team of bonafide sleep enthusiasts, our goal is to help you improve your sleep quality and enjoy everything Dreamland has to offer.