In my late teens and college years, pulling an all nighter was not a big deal. I would often catch myself watching the sun emerge from the darkness as I finished my study session or YouTube binge. And to be honest, there were moments when a new game came out — Halo 3 — where I stayed awake well past 24 hours to beat the campaign on legendary difficulty. Yeah, I know, I’m pretty awesome and talented.

But now that I’m a bit older and my life has become filled with responsibilities and precommitments, 24-hour sessions have become a rarity, and if I do pull one off, I can’t do it unless I plan ahead.

If you’re someone that wants to see if they can stay up for an entire day — whether for school, work or fun — here’s what you need to know.

Your first course of action may be to head down to your gas station and load up on energy drinks loaded with caffeine; don’t do this! That was a rookie mistake that I would often perform early on in my ‘stay up all night’ career.

Instead, I learned to rely on black coffee and tea as a means of keeping my eyes open for extended periods. Although these drinks don’t provide as much caffeine as an energy drink, they don’t have the crash that’s often associated with gas-station options. A good cup of coffee will gradually coax you into a state of focus and energy while avoiding the dreaded energy-dump that will inevitably come.

The most success I ever had when trying to stay awake for an entire day was when I prepared the night before. Leading up to the time you know you’re going to be awake, sleep excessively in the days leading up until the event.

While many people say you need between seven and eight hours of sleep, I would often get around ten or eleven. Although it may seem a bit excessive, it gives you a buffer that you can tap into on your marathon session.

When I was younger, I remember sitting down with a friend and watching the Navy Seals force themselves to maintain focus during ‘hell week.’ When a soldier was becoming tired or lazy, they would splash cold water on his face to make him refocus and snap back to reality.

Likening myself to a gaming Navy Seal, I began taking cold showers when I felt my energy dipping low. The shock to my central nervous system may have caused my screams and yelps to sound like a baby dolphin crying for his mother, but it got the job done! While I may have taken my efforts to a new level, taking a shower or lightly spraying your face with water is a great way to refocus your energy and kick fatigue to the curb. 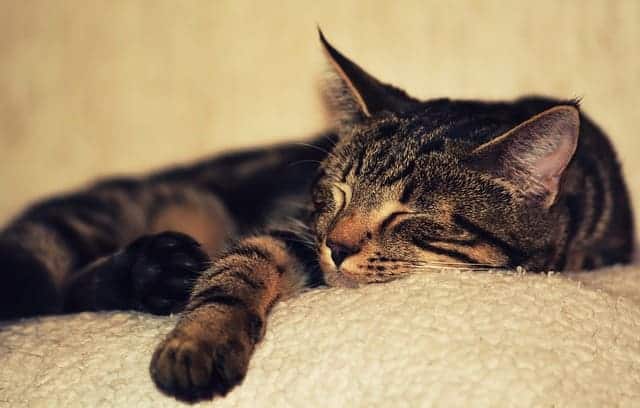 Listen, staying awake for long periods without being tired is rather difficult: Taking a small nap here and there when you can’t muster the willpower to keep your eyes open is OK! Set a timer for a short window of time, and have a friend or relative wake you up after the alarm goes off. The key here is to recruit outside help to force yourself awake.

Although you may tell yourself that you’ll wake up after a small nap, your natural response will be to slam the ‘snooze’ button and drift off into a blissful slumber.

I’m not a scientist, but I’m pretty sure it’s impossible to stay awake while you’re exercising. At some point during your all-nighter marathon, you’re going to have to bring in the cavalry to get a few more hours of wakefulness.

What I used to do is get a jump rope and a pull-up bar and put them in my room. Anytime I even remotely felt a bout of fatigue, I would hop up and do five pull-ups, followed by 30 seconds of light jump rope. When my heart rate was elevated, and my sweat was flowing, I dominated my fatigue and crushed my gaming sessions. Try this out if you’re serious about staying up all night.

Thinking back on it, I could’ve earned a Ph.D. in beerology during my stay at college, but alcohol is your arch-nemesis during all-night sessions. If you know that a few friends are going to be over drinking a few brews while you’re staying up, make sure they know where you stand before they arrive.

Even though you may get a few jokes thrown your away about not having a drink, you’ll be the one laughing the next morning when they’re nursing hangovers!

I won’t lie to you: I didn’t learn the power of light snacking until later in my life. When you feel a bit of fatigue manifesting itself in the corners of your eyes, head to the kitchen or cupboard and grab a small snack.

Although they used to call me ‘Dorito King’ back in the day, avoid junk food and sugary snacks. Instead, opt for foods that have slow-acting carbs such as oatmeal, bananas, fruit or almonds for a healthy dose of fat. These treats will fill your gas tank and make you feel on top of the world, or at the very least, at the top of your game’s scoreboard. Our brain has adapted over millions of years to maintain focus and energy when our eyes sense light. When an area is well lit and illuminated, the brain interprets it as being in the sun, looking for action or a meal. I can’t tell you how many times bringing lamps, LEDs and computer screens have kept me from crashing into my inviting bed.

Don’t get excessive and make your room look like a NASA launching pad, however. All you have to do is turn the lights on and manipulate your lamps so that the rays from the bulb are hitting your face. Within a few minutes, you’ll notice that your fatigue begins drifting away.

When you’re engaging with a friend, coworker or professor, do you notice that fatigue and sleepiness tend to remain at bay? During your 24-hour session, make an effort to talk and communicate with those around you regularly. Laughter, thoughtful conversations and excitement trigger your body’s natural energy resources and help you fight back against lethargy.

I’ll let you in on a little secret: When I was staying up for long periods, I usually did it alone. If you were to walk into my dorm room back in those days, you would’ve caught me talking to myself like a crazy person. Although it may have seemed odd, it kept me going!

10. Focus On the Finish Line

In the last few hours of your all nighter, you may have exhausted all of the options above and given up hope. As a last-ditch effort to fight off the urge to sleep, remember why you’re doing this. Think of the grades you’re going to get on your exam, the bragging rights of beating a difficult game or whatever you’ve established as a worthy endeavor.

When you see how far you’ve come and how little there is left to go, you may find your second energy tank. Push through this barrier to reap the rewards.

Whether you’re trying to readjust from jet lag, study, beat a cool game or entertain your kids while they have some time off from school, staying up all night now and again is fun! You’ll be amazed at what your body can achieve when you’ve got a bit of planning under your belt and the right tools for success. Let me know how your marathon session goes, and I’ll see you on the other side. Who knows, maybe you’ll crush my record of 48-hours without being tired and become the next all-nighter champion!

You may be interested in these articles as well

link to How do you Sleep After Too Much Coffee? [Extended Guide]

It is no secret that Coffee and sleep do not mix well. Yet, the urge for a caffeine fix can be so strong that we end up picking up cup after cup from Starbucks or our favorite coffee joint. The aroma...

The average adult requires 7-8 hours of sleep to function optimally according to experts. So how do some successful CEOs achieve higher productivity even though they claim to sleep for only 4-5...